Citizen of the Year Gala an Overwhelming Success 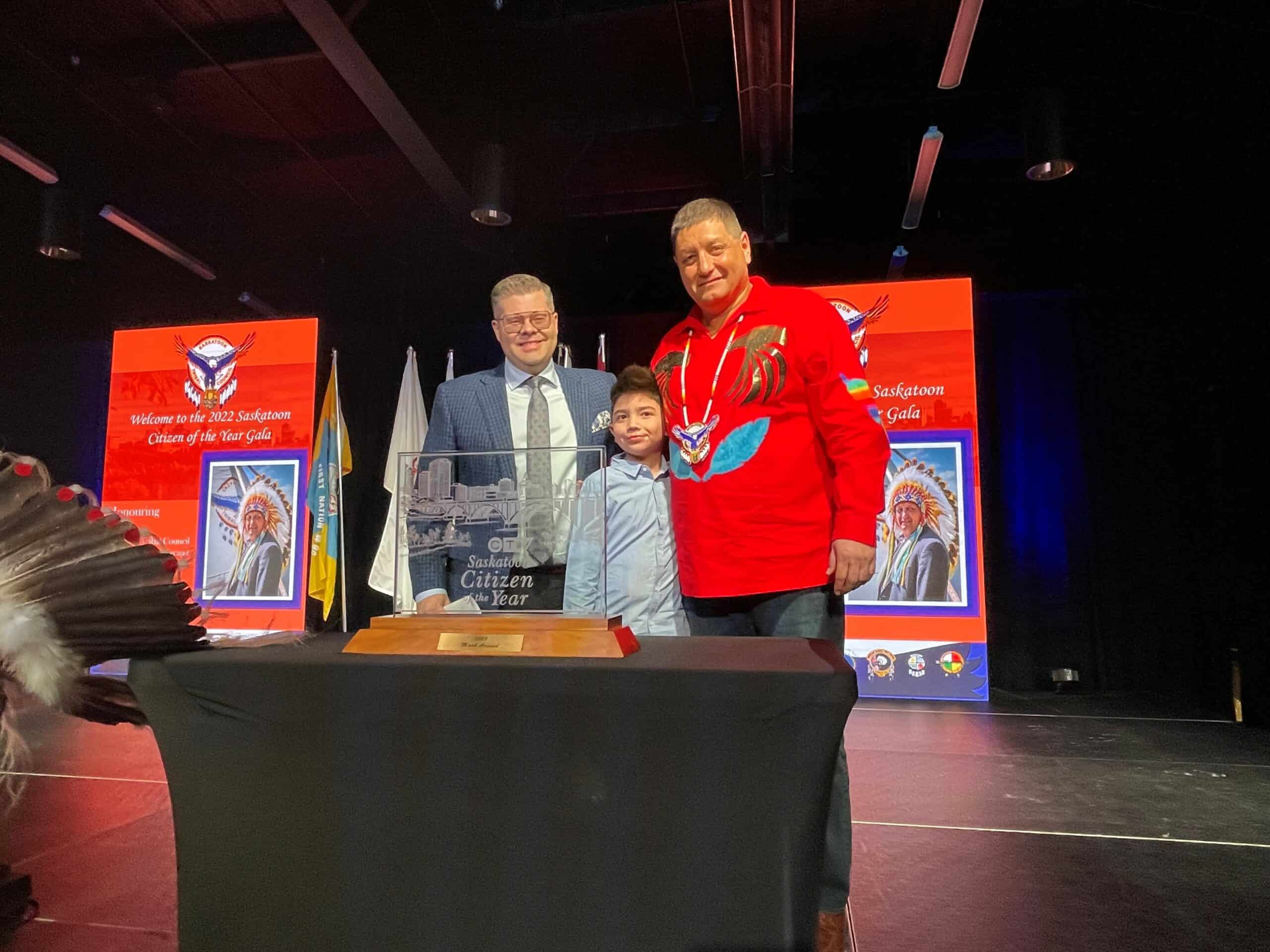 The Saskatoon Tribal Council hosted the 2022 Citizen of the Year Gala as  Tribal Chief Mark Arcand was honoured.

Tribal Chief Arcand was nominated for the award following his work toward reconciliation and helping the homeless population in Saskatoon. He is the first First Nations person in the city to be given the award

At the gala which was sold out and attended by almost 800 guests, Tribal Chief spoke about working together to make Saskatoon a better city for all.

Tribal Chief was also presented with a new headdress by the seven-member Chiefs of STC. Tribal Chief Arcand repeated that the work STC does is a team effort and starts with the Chiefs. He then presented them with Star blankets as recognition for their leadership.

The night was filled with speakers that included various partners with STC. The fundraising gala raised $50,000 with 100 % going directly to the Emergency Wellness Centre 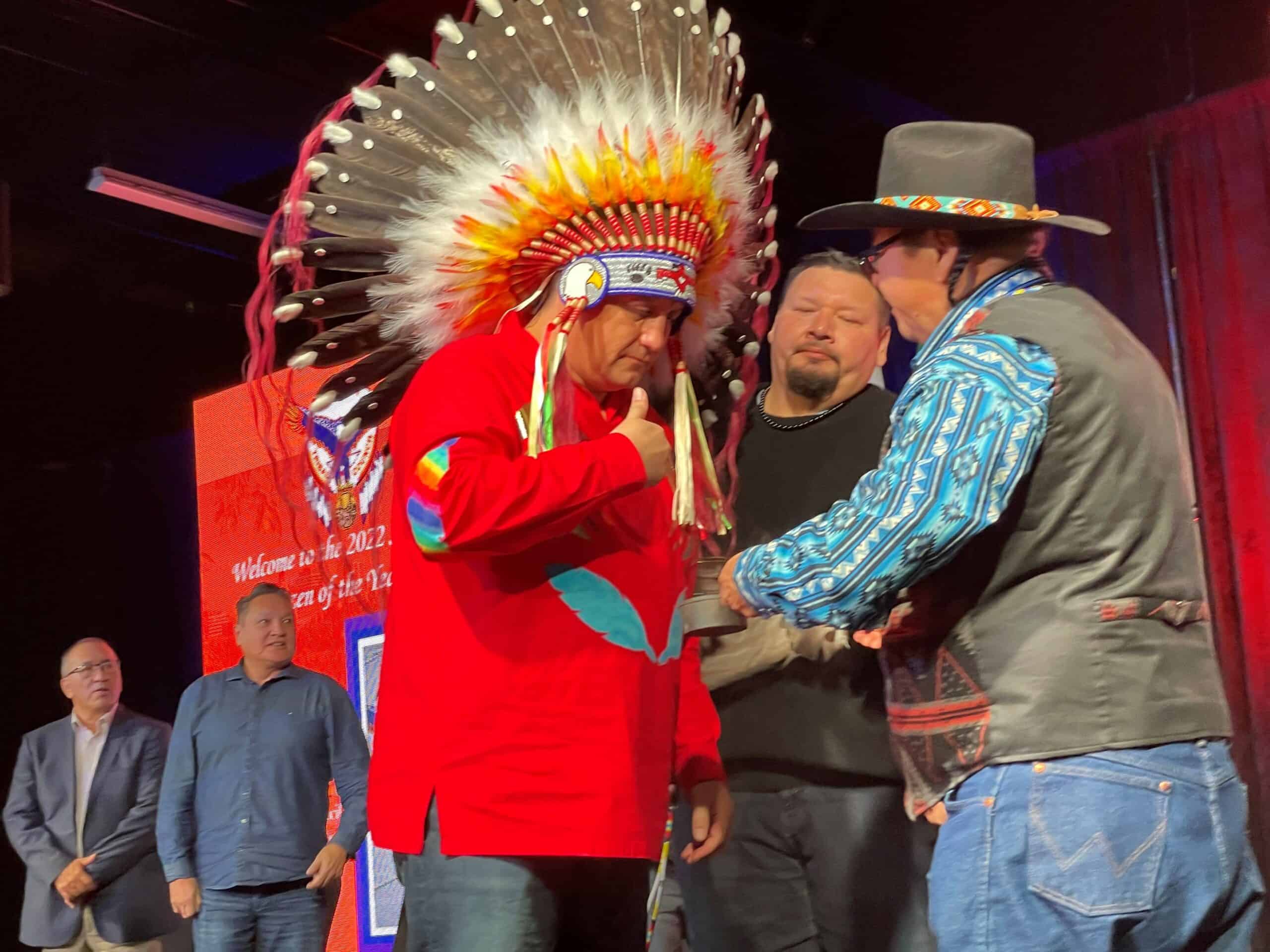 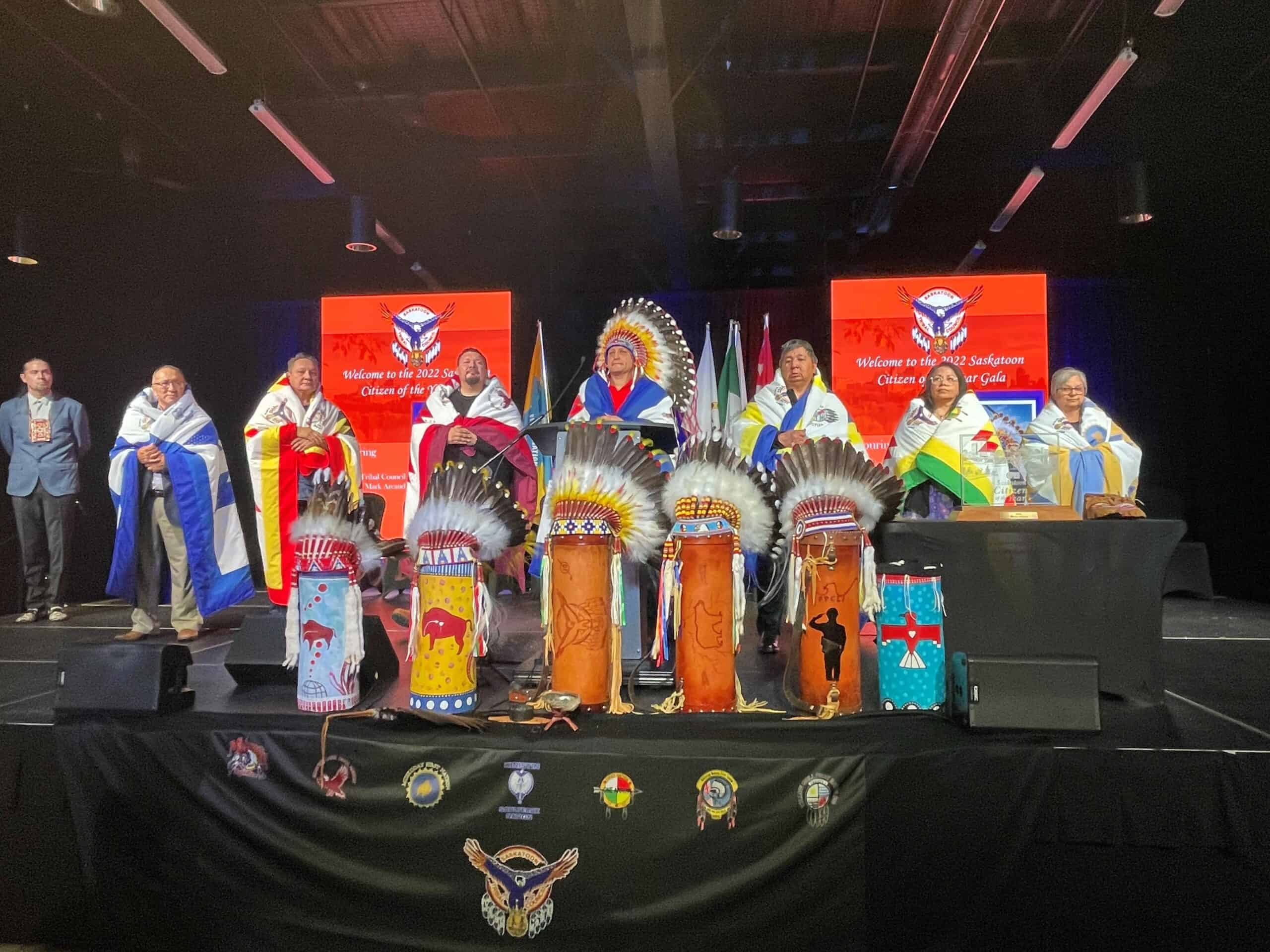 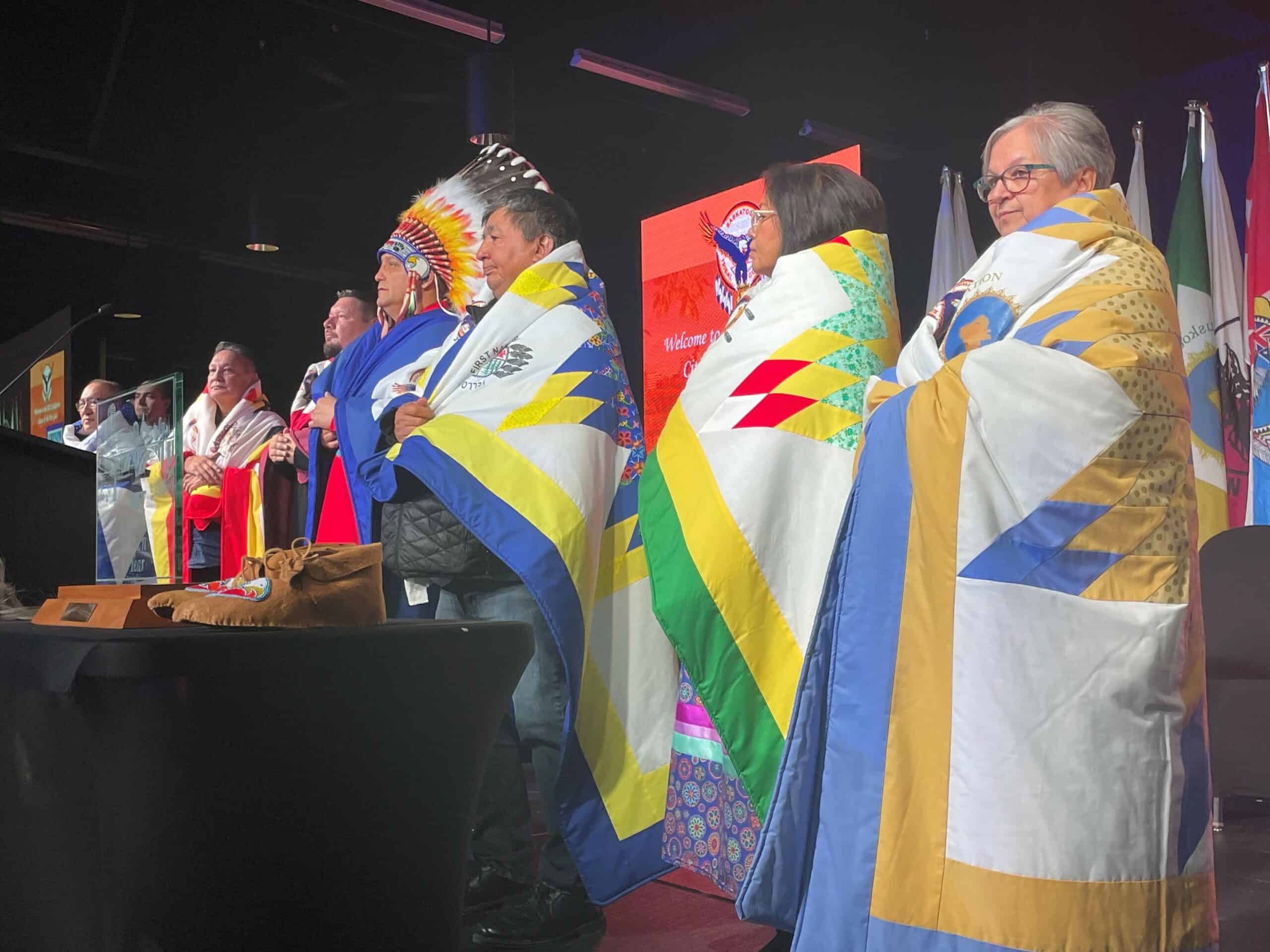 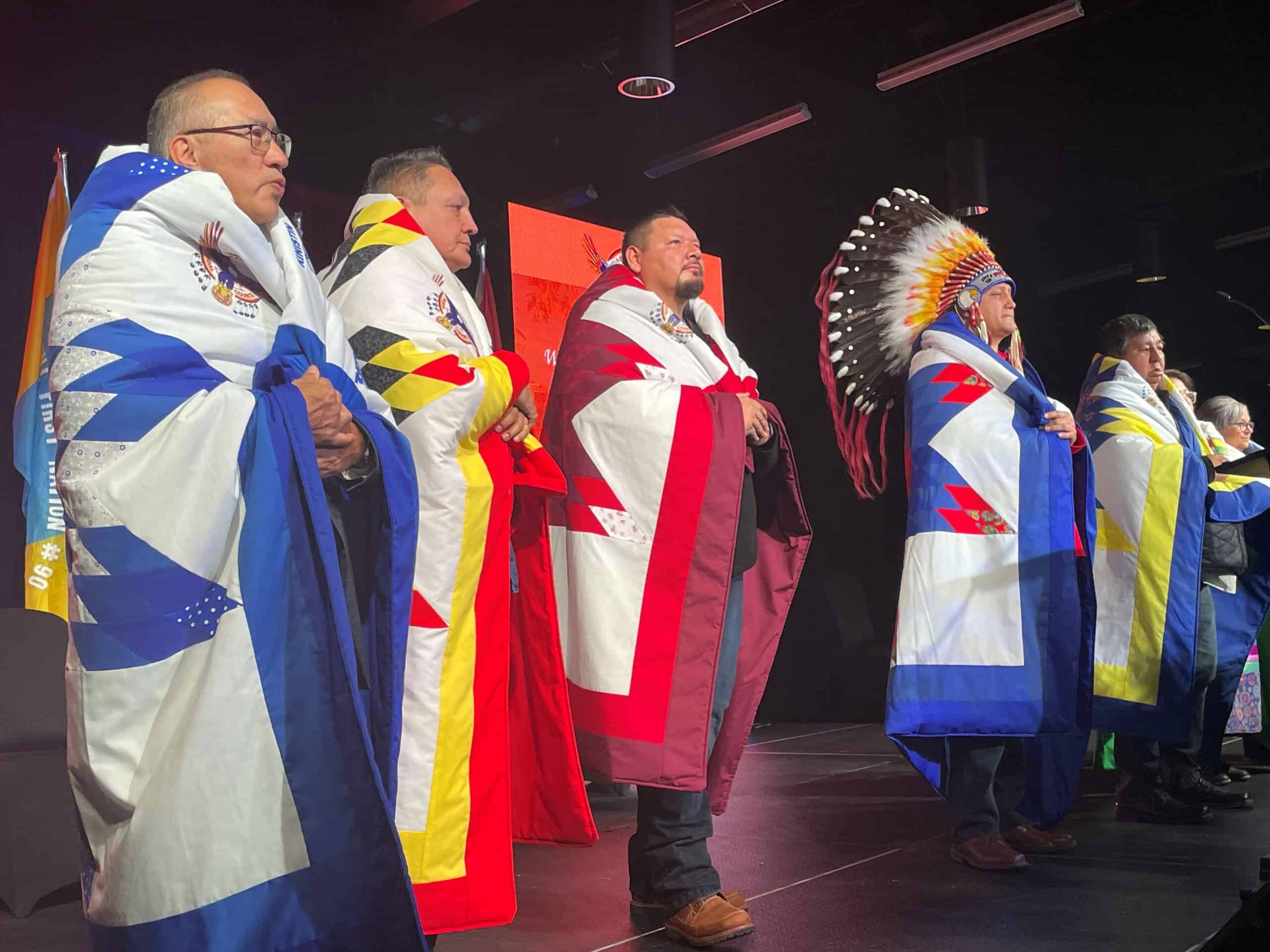