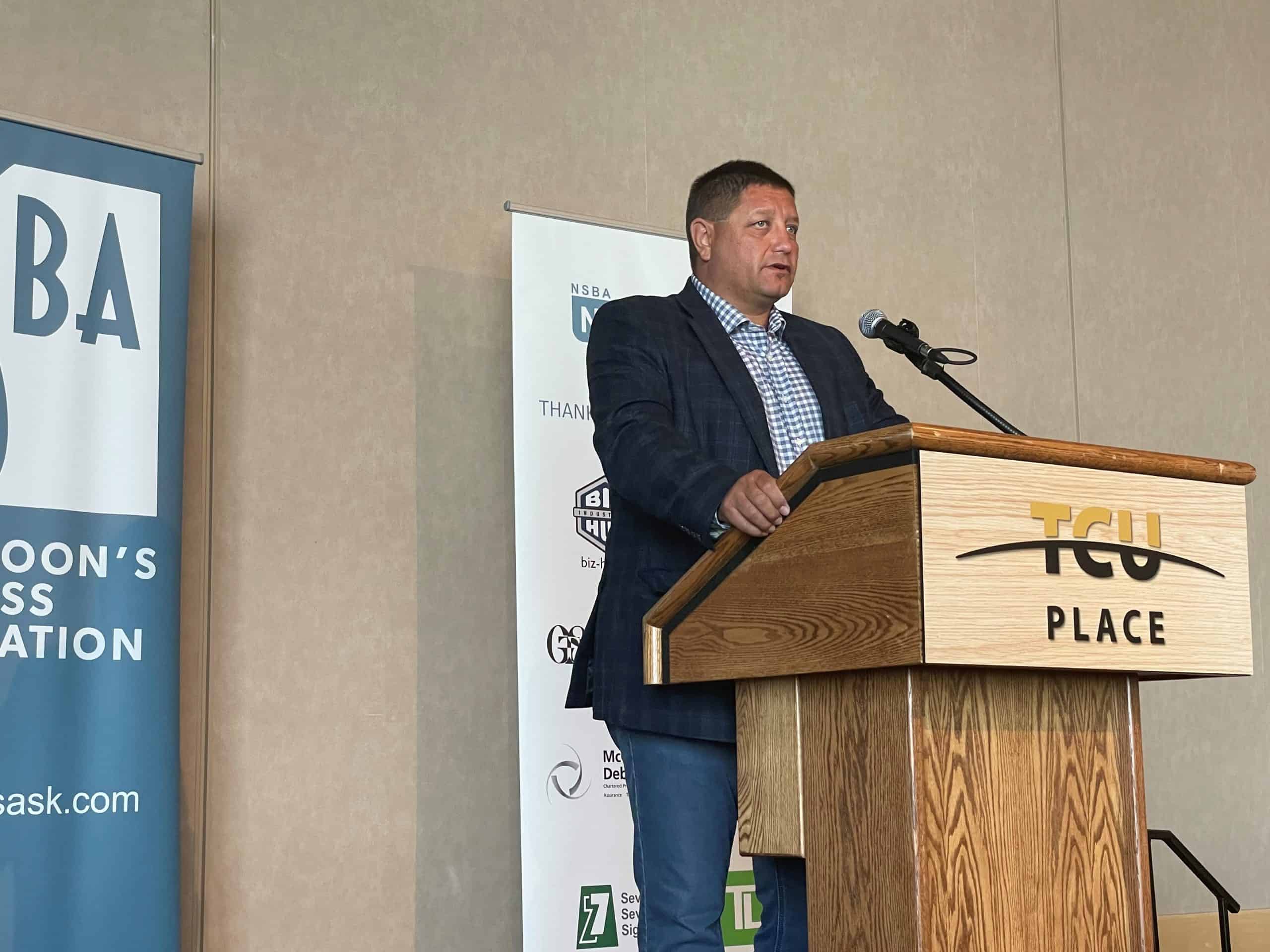 As the guest speaker at the NSBA luncheon, Tribal Chief Arcand laid out the harsh reality the city faces.

“Since December we have had over 1000 unique individuals use the services offered at the wellness centre and the numbers are not slowing down, ” Arcand told the crowd.

Arcand also told the crowd that because of the need, he plans to open another shelter in the next few months which will house 175 beds. This new shelter will not be downtown but in a residential neighbourhood.

“Homelessness is a community problem, not a downtown problem.”

“They won’t stand up in public. Enough of the bullying, come talk to me. I’m tired of the racism and the finger pointing. In this ward I feel as though I’m getting picked on.” Arcand said. “The fact is homelessness is happening in every part of the city and what are we doing about it? STC is rolling up our sleeves to try and find a solution.”