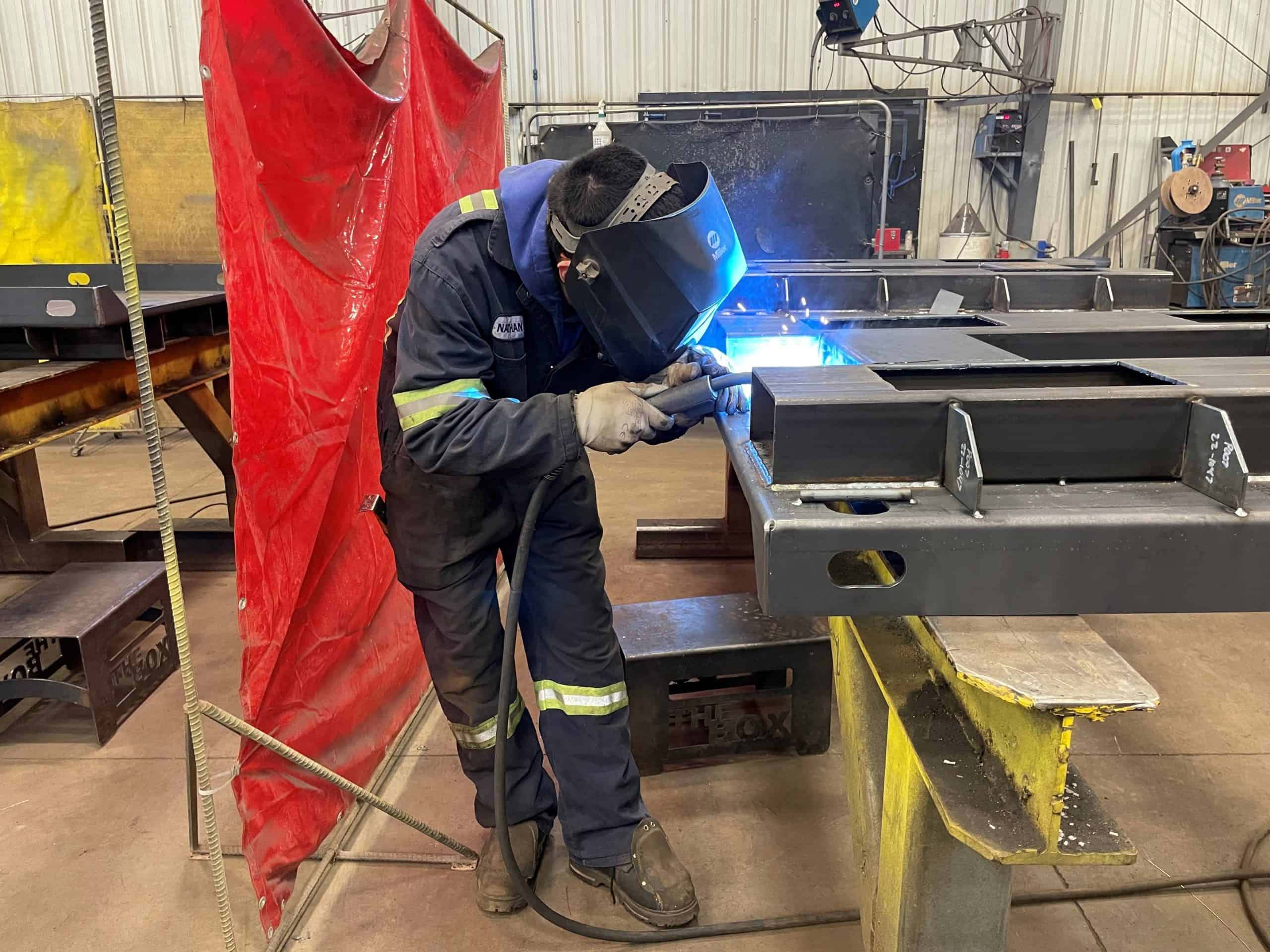 When Brandon Littlecrow was called into his boss’ office he immediately thought the worst.

“I thought I was in trouble but didn’t know what for,” Littlecrow said.

Instead, his boss, Mike Keys, was there to praise him and not only give him a raise but also sign him up for the apprenticeship program.

“That has never happened to me. I have never had anything good like this happen to me in all my life. I am pretty emotional when I think about it, we are treated very well here,” Littlecrow added. “When the company shows us that they have our backs we want to return it.”

The camaraderie is evident amongst the employees at Keys Welding, which is owned by the Saskatoon Tribal Council and part of the STC Industrial Group which includes STC Industrial Contracting.

“Not only do we invest in the business, but we know that investing in the people is just as important. Because of our location (in the industrial park north of Saskatoon) we offer employee pick up and drop off services, provide PPE, and even lunches, if necessary,” Mike Keys, GM, said when describing the corporate model. “We want to give people an opportunity by removing the obstacles that kept them from getting ahead in the past. My benchmark for success is how we changed people’s standard of living.”

Since STC Industrial acquired Keys Welding in April of 2020, the number of projects and people has increased. The number of employees has almost doubled in just over two years.

Multi-year contracts with large Saskatchewan businesses like Nutrien and SaskPower have helped boost the potential.

“Normally this time of year we are laying people off because, in the past, things slow down, but now we are running two shifts every day,” Keys said.

That growth is significant for the mostly Indigenous staff. Some are just getting into the trade while others are skilled journeymen. The opportunity to learn is not lost on the employees.

“I have learned so much in my five months here. I love to work here, going from fabrication to welding. They take care of us and treat us so well and I appreciate it,” Austin Scarlett said.

The skills acquired go beyond the 13,000 square feet of shop space.

“I want to bring people in and help them advance. We are here to train and give people an opportunity to get a job elsewhere if they want,” Keys said.

Some are even taking their skills back to their home communities. Trey Twist was given the freedom to create a tribute for his home community of James Smith Cree Nation, following the horrific tragedy this past September. He hopes to have his sign mounted in his community in the coming weeks.

“I love the people here, they are all hard workers. I have learned quite a lot. Learning is pretty easy with all the people around,” Twist said. 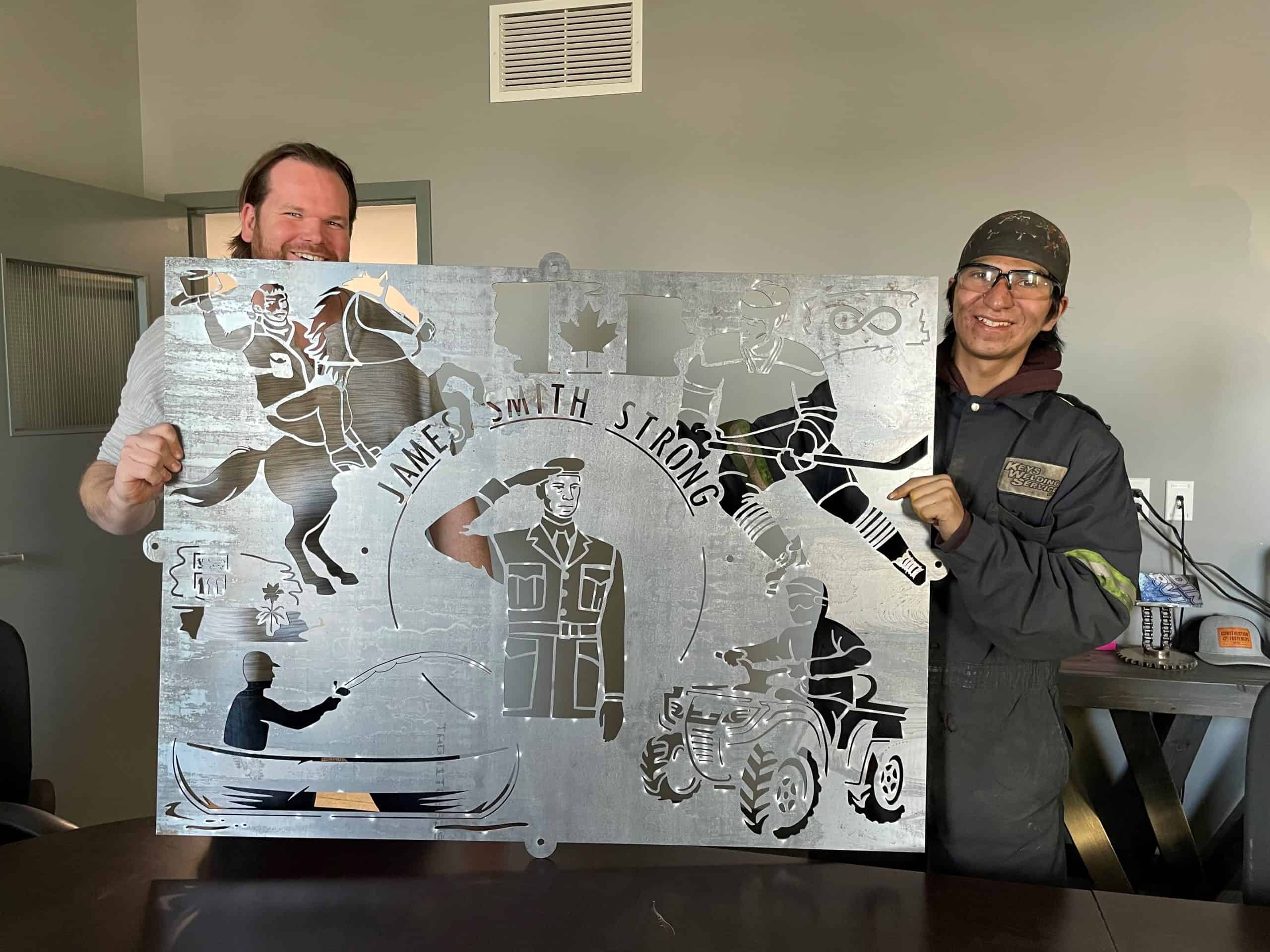 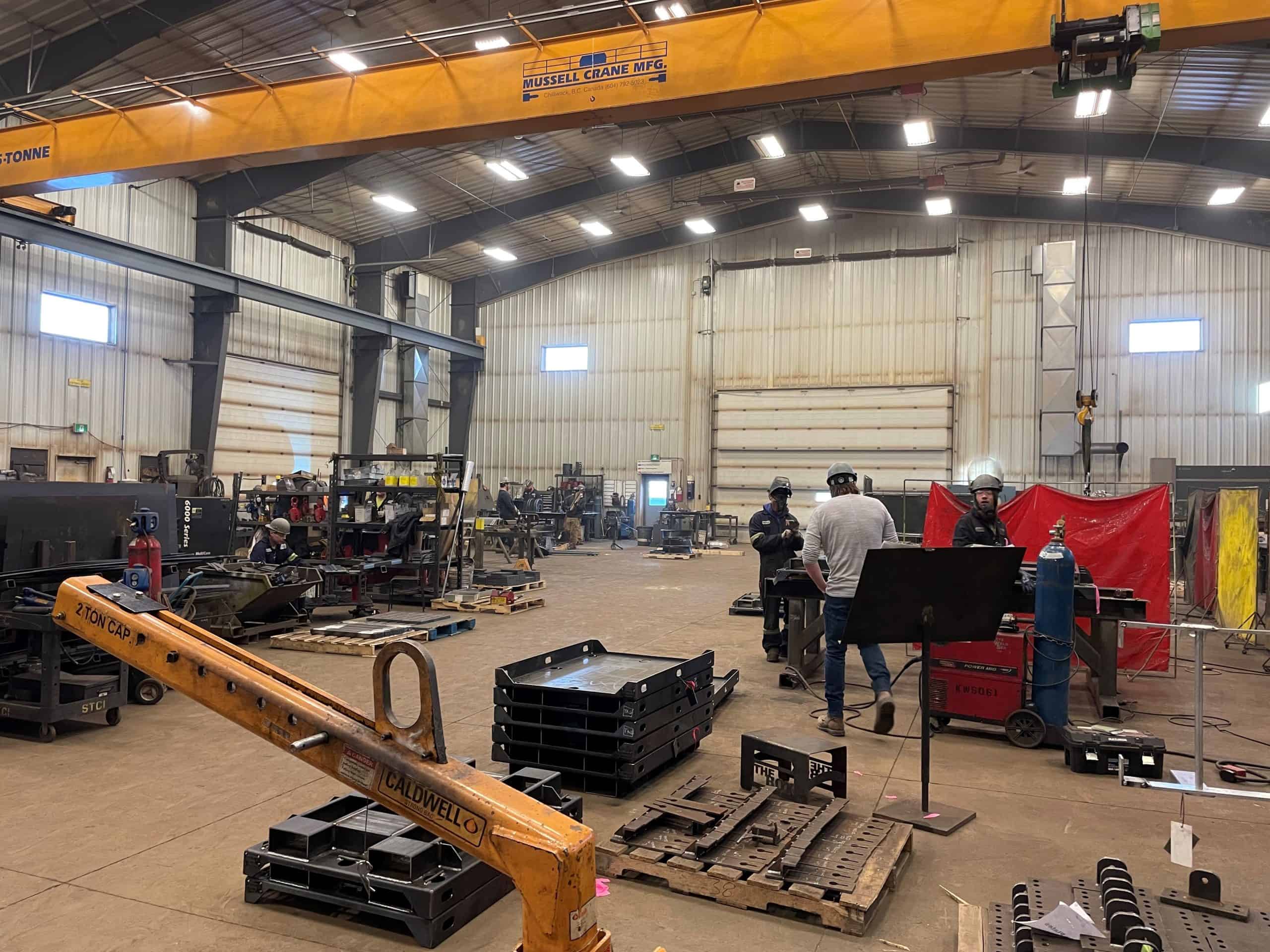